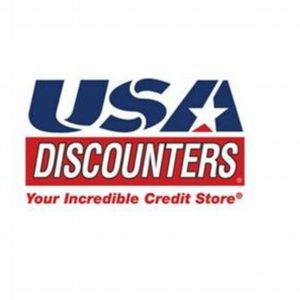 According to the suit, it’s alleged that USA Discounters sold overpriced items at high interest rates and used the military’s payroll deduction system to guarantee payment. Allegations involve the company engaging in abusive tactics when collecting on consumer debts, even contacting service members’ chains of command and causing some service members to lose security clearances or face demotions.

A total of 592 Kentuckians will receive a portion of the $922,041 in restitution from the $95.9 million nationwide settlement.

USA Discounters had no locations in Kentucky, but had a location in Clarksville, Tennessee near Fort Campbell. USA Discounters closed its stores in the summer of 2015 before later declaring bankruptcy.

USA Discounters typically marketed to members of the military and veterans, advertising that military, veterans and government employees would never be denied credit for goods purchased from the retailer.

Beshear said the investigation was specifically to address complaints by service members and veterans.

“I’m proud my office could work with other state attorneys general to help our military families who were the main targets of the company’s unfair, abusive, false and deceptive acts and practices,” Beshear said. “While our military and veterans weren’t the only consumers targeted by the company, they were hit the hardest. Many times service members were unable to travel to another state to defend themselves in court while stationed at a different state military base or overseas.”

Under the agreement, USA Discounters agreed to:

USA Discounters filed suit and obtained judgements against service members in forums other than the location where the credit contract was signed or where service members resided.

Based on this, the agreement requires the company to:

The settlement was signed last week by a federal judge. By mid-October, a detailed consumer list of Kentuckians will be available to an appointed administrator who will begin paying restitution.

Once an administrator has been appointed to handle the case, their contact information will be available on the front of the attorney general’s website for any consumer questions.

Unemployment rates down in 74 Kentucky counties in September 2016