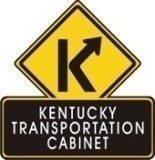 The Kentucky Transportation Cabinet is asking Kentuckians to do their part by keeping the state right of way clear of temporary signs and other obstacles that can obstruct the path of mowers and pose a hazard for mowing crews and motorists.

In the run up to the election in November, illegally placed political signs create a number of safety issues for highway crews and the public. With various state and federal races on the ballot in all 12 counties of Highway District 1, KYTC personnel are actively removing all signs illegally placed on state right of way.

Kentucky law specifically prohibits placement of these unauthorized signs on state right of way. The prohibition also applies to signs attached to utility poles on the right of way and those placed on the roadway side of right-of-way fencing that may distract motorists.

Campaign signs and other signs illegally placed on state right of way will be removed.  Signs will be taken to the state highway garage in the applicable county and kept for 10 working days. If they are not claimed by the owner or a designated representative the signs will be discarded.

“As a general rule, in rural areas signs placed at any location where state highway crews or contract crews would normally mow will be removed.  This includes lawn areas on state right-of-way.  In urban areas signs should be placed behind the sidewalk,” said KYTC District 1 spokesperson Keith Todd.  “We ask political candidates, their supporters, and those promoting businesses or events to avoid placing signs along the roadside where they can interfere with our mowing and maintenance operations.  The time crews spend removing illegally placed signs takes them away from other maintenance activities.”

Wet Weekend Ahead for Western KY

News Staff - August 26, 2020 0
Expect another hot and humid day with scattered thunderstorm activity on Thursday, before our attention turns to how the remnants of Laura will impact...

Cairo Bridge on US 51 to Reopen Afternoon of Wednesday, August...