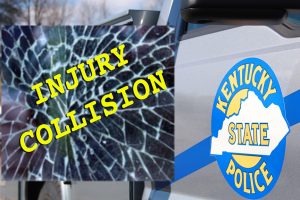 Hance’s Creek, Ky. (December 6, 2016) – On December 6, 2016 at 3:52p.m. Kentucky State Police, Post 10 Harlan received a call about a bus collision on Ky 1344 in the Hance’s Creek community of Bell County. Trooper George Howard responded to the collision and began an investigation.

Preliminary investigation indicates a 2006 International school bus was traveling on the roadway when the rear back tire dropped off the road and caused the bus to go into a ditch. The number of kids that was on the bus during the collision is still unclear. For precautionary reasons 11 of the students were taken to the Pineville Community Hospital to be seen. Only a few of those kids had very minor injuries.

All of the kids’ parents were notified about the collision and the kids were picked up at the hospital. Drugs or alcohol are not a factor in the collision. The collision is still under investigation by Tpr. George Howard.