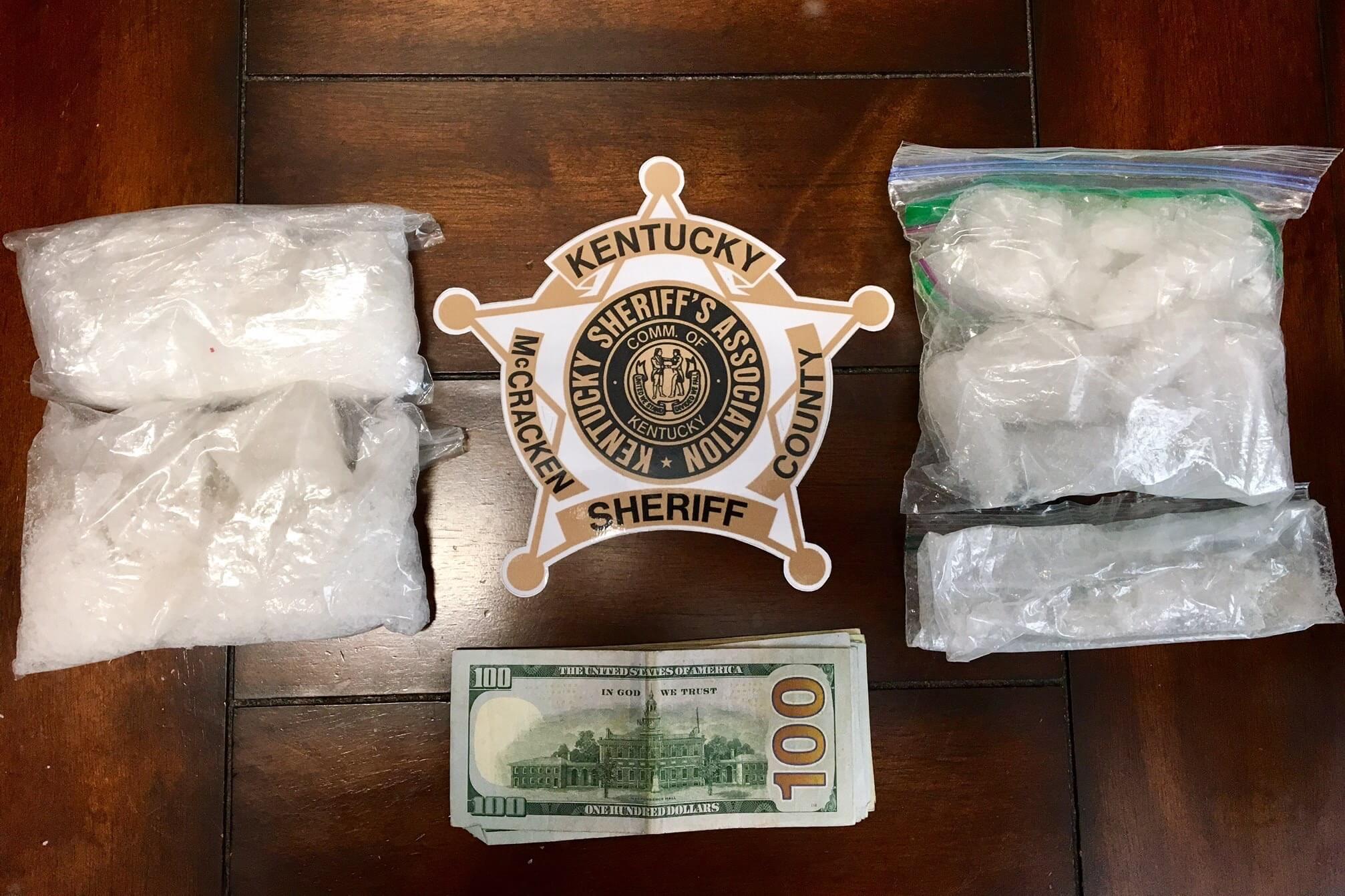 Detectives with drug division began a drug investigation earlier this month after receiving information that a Hopkinsville man, only known as “Terp” was supplying McCracken County residents with Methamphetamine to use/sell.

During the course of the investigation detectives identified “Terp” as Kevin J. Terpening, 43 of Hopkinsville KY as a source of supply for Methamphetamine in McCracken and other Western Kentucky Counties. The investigation revealed that Terpening had an extensive criminal history. Kevin Terpening had prior convictions for burglary, bail jumping, fleeing or evading the police, wanton endangerment, possession of a handgun by a felon, manufacturing Methamphetamine 2nd offense, trafficking Methamphetamine and numerous other felony and misdemeanor offenses. Terpening had received a 20 year prison sentence in January of 2011 but was later released on parole.

Through a covert investigation, detectives learned that Terpening would be delivering a quantity of Methamphetamine to McCracken County at a local gas station located at 7050 Benton Road just off of I-24. Detectives conducted surveillance and observed Terpening and a female later identified as Melissa Cusano arrive the gas station. Both Terpening and Cusano were detained. Detectives located a small quantity of Methamphetamine on Cusano’s person and placed her under arrest.

Both Terpening and Cusano were arrested and lodged in the McCracken County Regional Jail.